Fife band Shambolics have been causing quite a storm in the Scottish music scene and latest single ‘Chasing a Disaster’ shows exactly why.

2019 has been a monumental year for the Shambolics boys, especially after signing to UK music legend, Alan McGee’s label Creation 23. Although ‘Chasing a Disaster’ was previously released, it has been re-recorded and is now the first single Shambolics have released under the Creation 23 label. ‘Chasing a Disaster’ is also Shambolics’ first vinyl release and last week, the record debuted straight at number two in the UK vinyl charts.

Shambolics describe their sound as “dreamy rock & roll” and ‘Chasing a Disaster’ encapsulates exactly that. As soon as the tune starts, you can tell it’s a Shambolics song. One of the greatest things about the band is that although they have strong indie and britpop vibes, they still have their own unique sound. The intro to the tune has a rose-tinted feel, the drum beat is steady and the guitar beat is bright.

I feel that sometimes when Scottish bands have a kind of eclectic indie sound, their accents can get lost within the haziness. However, the vocals from lead singer Lewis Mcdonald in ‘Chasing a Disaster’ sound exactly like a Scottish indie band should sound in my opinion, almost as if Richard Ashcroft was a fan of Buckfast, that kind of sound.

The harmonies in ‘Chasing a Disaster’ are foolproof, they build a strong chorus to the track which gives the song an energetic and bouncy feel. You can tell Shambolics are influenced by the musical heroes of the 60s too as ‘Chasing a Disaster’ has a slightly psychedelic tone but with its own modern spin. The tune has the perfect balance of clear vocals and solid instrumentals, with neither overpowering the other.

As the song gears up to the last 30 seconds, the vocals are stronger than ever and the addition of backing vocals gives the track the perfect edge. The track fades out as the vocals come to a halt and the guitars and drums lead the song into an energetic yet optimistic finish.

In 2020, we can only expect to see Shambolics grow and dominate the UK music scene. They have just finished their UK tour with four out of five of their shows being sell-outs. I can confirm that live, Shambolics are everything you would hope they would be. They have a great stage presence and really interact with their crowds and you always leave their gigs in the best spirits. My advice would be to see Shambolics as soon as possible because when they inevitably play large venues, you’ll be wishing you had seen them in some of Scotland’s greatest grassroots venues.

You can keep updated with all things Shambolics here: 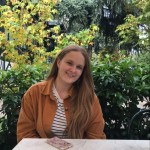