We were invited to listen to MEMES’ latest single ‘Monday I Looked Like Death’ and were pleasantly surprised by their warm and bass-heavy alternative punk sound! Spoken vocals, exciting harmonies and funky bass lines make for a driving and thumping new track that is fast paced and uniquely lively!

‘Monday I Looked Like Death’ is translating a feeling lots of us can relate to and MEMES wanted to capture that feeling on record. We can confirm they succeeded. “The artwork is a picture of our empty stage outfits from backstage in Belgium when we supported Fontaines D.C. John’s guitar ended up lost in a Belgian forest and Paul ended up lost on a train to Denmark and we both looked like death the next day, the artwork serves as a constant reminder for us.”

MEMES have created a hazy, fuzzy and distorted punk rock sound that is driven by simplified vocals and storytelling lyrics that leave little space for creative interpretation. I was lucky enough to catch the experimental and expressive band live when they performed at Newcastle’s Head of Steam together with Dancing On Tables and The Wife Guys of Reddit. Both their recorded and live performed sound is inventive and ever-thrilling, which is a talent not that many possess nowadays.

The frenetic indie punk sound of MEMES was created by cousins John and Paul McLinden and was first released in 2019, less than a year later they released their self-titled debut EP followed by performances at SXSW in Texas, The Great Escape and Wide Days to name a few!  With ‘Monday I Looked Like Death’ they show another side of their sound and it’s giving us a sneak peek into MEMES’ musical future, we can’t wait to be a part of it! 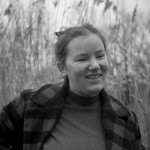