Although there are no lyrics, High Fade still take the listener on an uplifting journey of guitar and funk. The Edinburgh based quintet mix a variety of musical concepts into this single, which would usually be overwhelming at first. However, each time I listen to it, I can focus on the different elements. The track starts off fast but then slows down, before speeding up again, introducing the instruments gradually. Lead guitar dominates at the start, but we begin to hear bass guitar and brass instruments like the trumpet halfway through. These weren’t as obvious at the start.

High Fade released debut single ‘Scorpion’ in October of 2019. While obvious by Harry Valentino’s accent guitar work that the songs are by the same band, they are both unique. I love the similarities between the two songs, but I admire the more prominent funk aspect in the recent single. The earlier single has lyrics while ‘Sharpen Up’ makes the instruments the focal point. Such liveliness makes it impossible not to at least move along with the rhythm of this amazing track. The energy and seamless instrumental work sounds similar to ‘Patrol Acrobatique’ by The Fearless Flyers and older tracks like ‘Slick Superchick’ by Kool & The Gang. I love both of these so I can see myself playing this new release on repeat.

I don’t normally find myself venturing into funk, but I am so glad I pressed play on this single. It adds a breath of fresh air to the tracks I normally hear. I’ve known of High Fade for around 4 years now and their popularity has only increased. ‘Sharpen Up’ sets them apart from other upcoming bands and introduces a new generation into the funk genre. 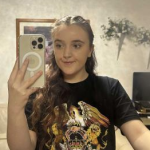