Elgin four-piece indie rock outfit New Mode are back with a fresh sense of swagger in new single “Victim to the Culture”, brilliantly showcasing the punkier side of indie rock. This is the tenth track the band have put out, and since their inception in 2014 they have continued to grow and develop with every release. This one is no different.

This high energy offering begins with a stabbed guitar riff that instantly gets you fired up, sounding very much like something you would hear on the latest Noel Gallagher’s High Flying Birds album, “Who Built the Moon?”.  This builds up perfectly into the verse, made up of distorted guitars, a driving rhythm section, and a whole lot of attitude. With lyrics such as, “Monday morning terrifies young kids too blind to see that a subculture divide leaves them on their knees”, you are in no doubt that these guys really have something to say here, and lead-vocalist Ross Campbell’s snarly and in-your-face vocal gives you no choice but to pay attention.

The intensity drops as we progress into a sublime bridge section which is undoubtedly the highlight of the track, with the early Kasabian-esque vocal hook being allowed a lot of room to breathe from the rest of the band. Complete with the emphatic refrain of “You’re a victim to the culture” and an enormous outro section that puts you in mind of Arctic Monkey’s debut album, this track cements itself as the band’s best work to date.

Listen to “Victim to the Culture” on Spotify below! 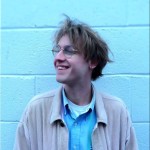