Following a number of teasing posts on social media and nearly eight years after the release of the People Like Me EP, Glasgow folk-rock legends Kassidy have returned with new single Don’t Worry.

It has been ten years since Barrie-James O’Neill, Chris Potter, Hamish Fingland and Lewis Andrew released their debut album Hope St having gathered a strong support from their performances throughout their country as well as the release of their Rubbergum EPs. To mark the occasion, the four have reunited to give their fans another storming tune, which was recorded, mixed and mastered all in one day.

A sole acoustic guitar starts proceedings before a pounding drum immediately has your foot tapping. O’Neill’s bass-like voice takes the lead during the verses which is followed by the signature four-part harmony that kicks in for the chorus, with the repetitive use of the title ensuring listeners are singing along. The Fleetwood Mac-feel of the song slips easily into a discography that has been influenced by the likes of Crosby, Stills, Nash and Young to Sly & The Family Stone and The Black Keys.

As Potter and Andrew look forward to releasing more music with their new band Moy, as well as Barrie-James on the verge of releasing a third solo album and Hamish running Kingdom Management, who include The Ninth Wave and Walt Disco in their roster, it has never been a better time to be a Kassidy fan.

To celebrate the ten-year anniversary of Hope St, the group will release a 12” LP edition of the record and will perform for one night only at Glasgow’s St Luke’s on Thursday December 23rd.

Don’t Worry is available to download on all streaming platforms now. 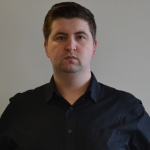