Dictator are a band that truly have it all. A 4-piece group that has creativity at the heart of their music, they are back with their debut single ‘Anthem for A Doomed Youth.’

The band themselves see each and every live gig as an experience rather than just your average gig, with each track performed an insight into the thoughts and emotions of the band with hope that the audience will emphasise with these feelings.

‘Anthem for A Doomed Youth’ is a political song, highlighting the horrific repercussions that decisions in politics can have which sound across the globe. A song written to be relevant, it certainly does that, this toe-tapping psychedelic piece striking a chord with every listener.

Their second single is set to be released February 21, entitled ‘Taped Up’ and you will be able to stream it on the bands Spotify page.

The band headline Sneaky Petes in Edinburgh on February 28, just after the second release, so get your tickets now! 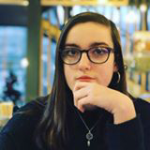