‘Taking inspiration from the likes of Foals and Arctic Monkeys, Bronston create their own unique sound, incorporated with their self proclaimed ‘fat sexy guitar riffs, and big vocal hooks’, of which can definitely be recognised in ‘Temples and Mines’.’

Alternative rock trio, Bronston, have released their first track of 2020, ‘Temples and Mines’ and it does not disappoint. The Edinburgh-based band released their debut single in 2016 and after taking a year hiatus, made a strong comeback in 2019 with ‘Leaving Utopia’. Following this, the band continued to impress listeners with their equally infatuating tracks, ‘Burnt Snakes’ and ‘I’m Still a Fool’.

Taking inspiration from the likes of Foals and Arctic Monkeys, Bronston create their own unique sound, incorporated with their self proclaimed ‘fat sexy guitar riffs, and big vocal hooks’, of which definitely can be recognised in ‘Temples and Mines’.

‘The temples and mines satisfy our obsession with passing the time’

As promised, the song is introduced with an infectious guitar riff in which the hypnotic melody captivates the listener and leaves your body moving subconsciously. Accompanied by Mark Henny’s loud and emphatic drums, the launch of the track is instantly enthralling. The track initially suggests influence from Scotland’s alternative rock veterans, Biffy Clyro. However, Adam Campbell’s individual vocals flip the track back to Bronstons unique blend. ‘Temples and Mines’ highlights an issue that most of us have probably experienced, of wanting somebody you can’t have.

The impact of the band’s lyrics and music translates easily through their live performances. Proven, after the success of their 2019 releases, and a year of touring around Scotland including features at King Tuts, La Belle Angele and Sofar Sounds. The band are laying the foundations for a successful future within the Scottish music scene, and one that we will definitely be keeping an eye on.

CHECK OUT BRONSTON’S SOCIALS BELOW: 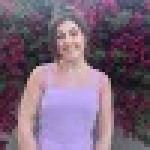