Celebrating 10 years since their formative debut album, We Were Promised Jetpacks’ “These Four Walls” anniversary outing is nearing its end – but not before they close out a 3 legged tour which has seen them play all across Europe, the UK and Ireland.

Released on the same label that took Frightened Rabbit to the top (Fatcat Records), WWPJ are now indie favourites the world over, but they’re still excited to play their first album in full for fans who might not’ve heard it in person and reward those there first time round with some nostalgia.

Fans looking for tickets to the Glasgow show should keep an eye on the official WWPJ twitter, who have been helping repatriate tickets for #TheseFourWalls10 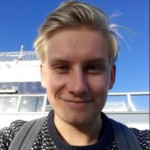