A packed O2 Academy went wild on Monday night for Bastille’s Give Me the Future tour, the first time they have performed the new album live in Glasgow.

But before they sent the 2000+ fans in attendance wild, there were some supporting acts to open the show.

Acting as the main supports on this tour, The Native are a relatively new band who came out of Plymouth. Their 2018 debut EP, Fall Down, has received millions of streams and is the bands claim to fame.

Ever since they have been rising slowly in the music industry. Their rise has culminated in this opportunity which they “couldn’t believe.”

It’s safe to say they took the opportunity, with performances of singles Blindside and Time being particularly impressive.

The young band are set for their biggest headline tour yet in June, in which they return to Glasgow to play at The Garage. Keep an eye out for these up and comers.

Indie pop starlet Dylan – as she reminds us, not Bob Dylan– is a young artist from Suffolk.

Debuting with EP Purple in 2019, Dylan really shot to fame in 2021 with the release of her single Nineteen, part of her new EP, No Romeo.

In my opinion, her performance of the title track of that EP was her strongest of the night. The crowd seemed to agree, as arms were swaying, and fists were pumping along with the catchy love drama of the lyrics.

A strong performance which was certainly worthy of the cheers she received from the 2000 in attendance.

Watch out for DYLAN as she goes on a European tour in May, supporting Tate McRae.

The headliners, the guys everyone was here to see, and as good as their supports were, Bastille absolutely stole the show.

The O2 Academy erupted when they appeared on stage.

The opening two songs – both from the new album Give Me the Future – were strong, but the crowd really got going with the first big hit, Things We Lost in the Fire.

Limbs were flying and lead singer Dan Smith joined in with some wild moves to stir up the crowd.

Afterwards Bastille kept their momentum. The performances of songs from their new album, Give Me the Future, were relatively successful.

In particular, the title track and similarly themed Back to the Future received good reactions from the crowd. They were singing along and having a great time.

But as with a lot of gigs like these, the highlights of the night obviously came from the bands established big hitters. The new album may be pretty good, but you can’t beat the classics

Quarter Past Midnight had the crowd louder than the band at times, and the reaction to Good Grief was also immense, with so much jumping in the crowd that I saw a few people end up on the floor.

But the two biggest moments of the night certainly came from the bands two most well-known songs.

The performance of their collab with Marshmello, Happier, saw Dan Smith make his way into the crowd. He then proceeded to dance on a bar top, with so much power that you were forced to join in.

They saved for last though, as Pompeii – Bastille’s biggest solo track by far – began to slowly build.

An extended intro, accompanied by dark purple lighting, held the O2 Academy in suspense. Then finally it began.

The iconic chanting filled the venue, the place seemed to rock and all members of the band played their socks off. An incredible performance that I will remember for a lifetime.

Bastille continue their tour until April 18, you can keep up with their updates here. 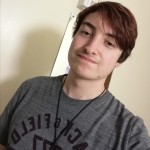