On a cold, wet miserable day standing in Perth’s Railway Station there I was on the phone to Grant Nicholas vocalist and guitarist and all-round hero from Feeder.

14 year old me, just before my Biffy Clyro but after my Nickelback days, loved a wee bit of Feeder. Banger after banger, the lyrics of ‘Tumble & Fall’ still haunt me to this day. When the opportunity came up to interview him, of course, I had to do it.

For lack of better genre termination, alt-rock Feeder has just released their 10th studio album “Tallulah” and are about to embark on a few Scottish gigs in Inverness at Ironworks and in Glasgow at Barrowlands. Feeder has continually reinvented and pushed boundaries in both their music and art and have worked hard throughout the years to always keep their fans & audience happy no matter who they are.

“Tallulah” is a stunning album, everything you would want and expect from a classic Feeder album yet still more. Of course, a heavier start with “Youth”, followed a stripped back “Blue Sky Blue” and a hair-raising “Tallulah” wedged right in the middle – nothing but magic. With “Lonely Hallow Days” leaving you feeling like you’ve just had your heart ripped right out, but sort of in a romantic way?  Feeder, a band we all know and love, but never really stop to appreciate just how fresh, innerving and softly energising they have always kept themselves.

Before we start I’ve got to ask about Bargain Hunt, you guys were on recently?

“Haha, oh Yeah we were last year with The Darkness. I’ve always been a bit of a secret bargain hunter myself. I like going round lots of markets and stuff and picking up lots of cool things I can get my hands on. But yeah Bargain Hunt it’s a bit of a cool show now you get lots of students watching it. I have always had quite an eclectic collection of things as well when we were up doing the Barrowlands last time there was this really great market on where we were there! So yeah, really enjoyed doing Bargain Hunt and it was something I am totally interested in.”

You’ve just released the Blue Sky Blue video which is amazing, the song is great too…

“Yeah I wrote it like literally in a day, and I really love the lyrics to it. It’s one of my favourites of all the videos we’ve made as well. It kinda touches on what people might be going through in their lives. We wanted it to be a bit more serious, deal with more serious concepts. There’s a spot of colour through black and white of the video though…

Yeah, you guys love a black and white video?

“We do like the black and white for a video. It’s like our songs.  Our songs don’t really fit a trend, the same as our videos. “

“That’s just how we’ve always been as a band. I mean I love rock and we can do that but I also like so much other music. So yeah, we can rock out and write or perform a heavier song but we also really love a stripped back acoustic number. And hopefully, it keeps everyone happy. We really like to have that freedom with our songs and videos, and we hope it keeps the fans excited.

What’s the secret to having gone this long? 10 albums is huge in such a tough industry?

“We’re so lucky that we seem to get a new generation of fans showing interest all the time which is great. And we have so many loyal, long term really die-hard fans that have been there for years. At a show you’ll have kids there, you’ve got rockers there, grandparents…

I think it’s just music that reaches quite a broad audience and age range, it reaches a lot of people. And we’ve always done our own thing and that might be part of it too.

However, it’s really hard and a lot of work to have a long career,  many bands have come and gone, especially coming up through the Britpop era.”

“Sometimes. But we’ve had a lot of really incredible shows in Scotland and played there lots over the years, it’s always been a great place to us. We always get really excited and I just hope I don’t get too carried away!

So yeah we always have such a good time in Scotland. And Barrowlands is just one of those gigs where you have a blast. There isn’t anywhere else quite like it!”

Don’t miss Feeder perform their new album and some old loved classics on their Scottish dates in Inverness and Glasgow.
Get your tickets for the shows here 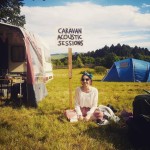