Glaswegian singer-songwriter Steven Young, formerly a member of established band, The Imagineers, begins a new chapter in his musical career.  Following on from their album release in 2017, Steven decided to venture out at the beginning of this year kickstarting with his single “Island” released in March.

His newest release “Regalia” takes a similar stance to his earlier release, making use of similar qualities such as the prominent use of a string section.  This release extensively makes use of this section, making it easily distinguishable.  Paired with nostalgic melodies, captivating lyricism and the use of an intriguing string section demonstrates the evolving nature of his music.  The track opens with a solo string section then resolves into a sincere vocal line, highlighting the enticing quality of the track.  The professionalism of Steven’s work has set him up for an exciting new chapter of his musical career.  Check out his newest release here. 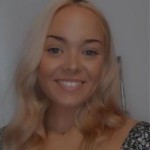