Primes have returned this November with their new single ‘Dreamer and I.’

Forming in 2017 through mutual love for music, the band have continued to constantly produce new content with their previous single ‘Nine Lives,’ premiering in June 2019.

Unlike existing tracks already released by the Falkirk three-piece, ‘Dreamer and I’ features more simplistic and somewhat repetitive instrumental melodies, with more focus on the group’s vocals.

The vocals of Ollie Kitchen and Reece Ryan’s in contrast to guitarist Sarah Monteith-Skelton’s during the refrain are both extremely effective and allow the band to showcase their quirkiness in comparison to a lot of upcoming groups in Scotland. Their vocals are completely complimentary to one another and are a prominent feature to a lot of the bands material, tracks like ‘Don’t Forget Your Memories,’ and ‘Bodies’ are host to such vocals and contain beautiful harmonies allowing the group to show off the talent of their voices.

The band hosted a single launch in their hometown of Falkirk, to a sold-out audience and since the release of the single (22/11/19) the track has gained huge popularity.

As previously mentioned, Primes only formed in 2017, making the tracks they’ve released so far even more impressive when acknowledging the quality of the content they have created.

After a summer of live performances across Scotland including King Tuts summer nights and EH6 Festival in Edinburgh’s Old Dr Bells Baths alongside The Bicycle Thieves and Jamie Pollock (Ex Vida) as well as debuting in England during Autumn 2019 for several dates including Manchester, Liverpool and Newcastle.

For a fresh new band, a summer jam packed with gigs and festivals has allowed Primes to achieve extremely valuable experience which allow them to grow as a group and encourage them to continue producing new music.

To pinpoint Primes to a genre would be difficult as they are a blend of a multitude of musical tastes. They are a combination of rock with an element of 2000’s pop culture, but even at that Primes also take sound inspiration from the likes of Kings of Leon to Catfish and the Bottlemen, again adding versatility to the group’s overall persona. Having such a wide range of inspiration shows in the tracks produced by the band so far as they are all individual in their own way and all have very different melodies and tempos and the adaptability of the group is showcased in the singles, even if there is only six of them.

Primes are already to appealing to a large fan base, this has been proven at their sold-out single launch and the continuous live shows they perform at. For only forming two almost three years ago, they have already shown incredible diversity in their tracks and I’d imagine as time goes on and they continue to gain experience through performance they have the potential to create real catchy songs that will appeal to vast numbers of people. 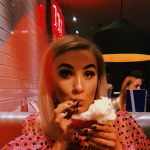