When Sum Of All Your Parts was released in 2018, Reflection became one of the songs that would just pull at every fan’s heartstrings.

When you see the song performed live, every single person stood in complete awe. The intensity of how the song would progress into this tremendous sound is just beyond insane. It’s one of those moments you’d never forget in a hurry and nor would you want to.

Let’s listen to it from a different perspective. Just a piano and Ross Leighton’s hauntingly stunning vocal worked into an acoustic masterpiece. Think about a time where you heard a song that made you have goosebumps and chills over your entire body. The rawness in Leighton’s vocals is so real that you can feel so much emotion. What you’ll feel is every inch of sadness and see every ounce of energy being put into fighting a battle. Finally, wanting to give him a hug and tell him that everything is going to be fine.

Now the drugs don’t work, the way the said they would

The one line from Reflection is an extremely powerful lyric. It shows just how open and brave Leighton really is. Being able to write about true emotions isn’t easy and for Ross to bring this into reality will help people. Especially now, people will appreciate it more than ever using music to escape the outside world even for just a few moments.

Stripping back Reflection to its bare bones works in its favour. In that 4 minutes 37 seconds, you’ll grasp a true understanding of the inexcusable wonderment of who Fatherson are. Whether it’s playing grand venues such as the Barrowland Ballroom or O2 Academy in Glasgow to hearing one of their most iconic songs on a piano with a breathtaking vocal, Reflection will be one of those songs that you’ll press repeat on and sing it from the top of your lungs. Been there, done that, wore the (band) t-shirt and in times like this, will make you even more determined to do it all again when the music industry is deemed safe enough to.

Just make sure you have a tissue ready, wish I had at the time however let this be your warning.

Check out the song below: 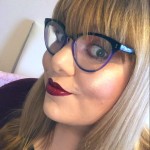