Glasgow’s riverside festival was back on this years jubilee weekend and filled ecstatic festival goers keen for the weekend ahead. The first day of the festival saw headliners Charlotte De Witte and I Hate Models take stage as the sun set over the riverside museum. Earlier in the day I had the chance to catch sets from the likes of Helena Hauff, Slam, SPFDJ and many more. Friday saw the known godfather of techno headline the main stage – Carl Cox and to say his set was astounding is an understatement.

The first day saw the sun shining and fans excited to see yet another year at riverside. The first artist I got to catch was Helena Hauff, who got the crowd going with electronic techno beats which set the tone for what was to come. Helena is in a league of her own with the inspirations she has drawn with for her music which are most definitely floor fillers. Shortly after I made my way round to the satellite stage to see SPFDJ, who did not disappoint. I hadn’t heard of this artist until attending the festival and was keen to know their sound, which was staggering. With tones of hardstyle almost through their set it kept the crowd alive and ready for who was to come next, 999999999. Before seeing 999999999 I knew it was going to be an otherworldly atmosphere, coming from a hard techno scene I expected nothing less than an outgoing set from the pair. The Italian duo kept the crowd going into the later hours of the evening with their distinct sound. The crowd was in a chokehold over I Hate Models set, who played some originals which were crowd pleasers, songs that smoothly blended into each other yet still maintaining the energy that was within the festival. To end the night off headliner Charlotte de Witte took to the main stage with an unforgettable set. The Belgian pleased the crowd with immersive techno tracks that kept your feet moving till the nights end. Her prominent and distinctive sound is something that is unforgettable and I would say has been one of the greatest electronic/dance djs I have ever seen.

The Friday saw the festival goers back for a second day filled with exciting names on the bill, with Carl Cox headlining later in the evening. Again the sun was shining and the day began with artists such as KINK, ANNA , Joseph Capriati taking to the main stage along with Joy Orbison, Overmono and DJ Boring taking to the waterfront stage later in the day. Earlier in the day I saw KINK, who’s set was very spontaneous and interesting which the crowd thoroughly enjoyed. His set was a electro powerhouse which went in harmony with ANNA who came on soon after. Not only did ANNA play some originals but incorporated other floor fillers alongside which kept up the energy within the crowd. Following ANNA’s set next to take the stage was Joseph Capriati, who did not disappoint. Capriati’s set was so diverse and showed the individuality of his sound, with a perfect blend between each song. It’s safe to say he set the bar high for what was to come next. Later on in the evening Joy Orbison took to the stage for a more chilled set, with tones of jungle and garage which was greatly enjoyed by fans who danced until the next artist, Overmono. The duo took to the stage for a more upbeat electronic set which took you into a trance that sounded inspired by 90’s rave tracks with catchy vocals incorporated within each song. Friday evening’s Waterfront stage headliner was no other than DJ Boring. As the sun set the crowd enjoyed a laid back retro trance set which kept up the momentum for Carl Cox’s appearance on the main stage. Carl Cox had the crowd excited from the moment he began, with a mix of house and techno he kept the crowd dancing until the end. He played mostly other artists songs such as Born Slippy which was a satisfied the crowd. The known icon perfectly ended the day with his remarkable set which left festival goers keen for more. 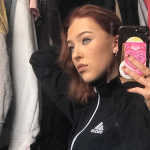