God bless Metronomy for bringing a burst of familiar indie-electronic warmth to what was probably one of the coldest November evenings I’ve ever experienced. Over two years had passed since the English quintet last played in Glasgow, but they were welcomed back with open arms as an enthusiastic-as-ever crowd braved the cold and made it to a packed-out SWG3 on a school night.

Having seen them once before (a half-hour slot at a Spanish festival at 3am), I was interested to see how they would put on a show that was entirely their own. Needless to say, I was utterly blown away. They opened with Lately, from their latest album Metronomy Forever, and it really set the tone for the night- explosive synths, a drum beat that’s impossible not to dance to and the band’s unique way of combining dance and indie to make something amazing.

Next up is The Bay, which sounds as fresh as ever despite having came out almost nine years ago. In fact, every song they played from The English Riviera sounded as up-to-date as if it had came out yesterday- and to say the crowd enjoyed The Look would be an understatement. Every single word was being shouted back by the audience, and it isn’t hard to see why that track has cemented itself as one of the biggest, timeless indie tracks of the decade.

Despite the setlist being longer than your average, it was by no means boring. The band played a sparkling career-spanning selection of tunes, and kept the crowd entertained from start to finish. The first half of the setlist was primarily focused on the newest hits, then in the middle came a section dedicated to more experimental, electronic synth tracks. The transitions from Walking in the Dark/Boy Racers/Lying Low/Old Skool saw the bright rainbow lights take a dip into near-darkness to accompany the moody atmosphere, which was quickly jolted away by the upbeat opening chords of their latest single Insecurity.

Keeping an audience entertained for the full length of a gig without the inevitable lull towards the end is really rare, but Metronomy, as expected, pulled it out the bag. Rounding off a fun-filled evening with bops such as Salted Caramel Ice Cream, Love Letters and Sex Emoji, Joe Mount and co. showed SWG3 exactly why they are one of the most prolific indie-electro outfits to grace the scene today- even though they’ve been going for the best part of 20 years. 2008’s Radio Ladio ended the night on such a high, leaving a memorable and lasting impression for everyone lucky enough to be there. 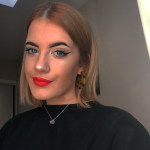