Glasgow-based singer/songwriter has come a long way since she got her first guitar at 16, from experimenting and developing her sound in open mic nights to recording her own music in 2017.

Kirsteen’s latest single ‘A Hundred and One Things’ was released on 29 April 2022. The 23-year-old shared some sneak peeks from the recording studio on her Facebook page in October; it looks like we will have new music to enjoy in 2023.

In the meantime, you can catch her last gig of the year at King Tut’s in Glasgow on 17th December, from 8:30 pm. Follow Kirsteen Harvey on her socials below to keep an eye on her latest projects! 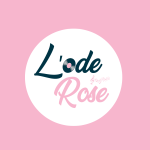