Gordon Hennessy otherwise known as Lonely Lost Boy has been an active member within the UK music scene with a variety of bands for a number of years with an impressive account of supporting slots already behind him. After receiving a positive reception to his first EP ‘Emotions’ released on Soundcloud, Hennessy is back with his debut single ‘Don’t Be A Fool’.

Right from the first couple of bars, the bright sounding acoustic guitar hooks you in and continues throughout the whole piece and is certainly a stand-out aspect. The track echoes sounds similar to 90’s inspired Indie music and offers a warm and memorable melody that will leave you wanting to listen on repeat.

Hennessy’s vocal line shines throughout the piece and the hook line of ‘Don’t Be A Fool’ is a real highlight. Other lyrics such as “I’ve got a friend of mine who’s falling in love” and “He’s the most gullible guy he’s ever sent from above” depict the story of a man who perhaps doesn’t have the best luck when it comes to love and sets the story for the rest of the piece.

Check out Lonely Lost Boy on social media to stay up to date with future releases and performance announcements. 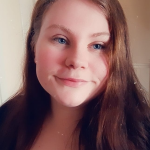