Fifer PG Ciarletta joins a long line of Scottish singer/songwriters with Italian decent to be making waves across the local music scene. Citing the likes of Gerry Cinnamon and The View as some of his biggest influences, PG shares a lot of positive similarities in style, sound and character to the iconic Scottish artists. Most notably with strong dialect singing, relatable anecdotal lyrics and upbeat sing-along melodies.

Releasing his first single The Sesh in 2020, PG was off to a flying start having reached top spot in the UK iTunes alternative charts and achieving an impressive No.8 position on the official Scottish Top 10 Chart too. This year (2022) hasn’t been too shabby for PG either. He released his most recent single Please Stay, supported the likes of Louis Dunford, made pals with wee Kyle from The View and even played on the roof of Murrayfield Stadium.

Prior to his first sell out Glasgow headline show at SWG3 Poetry Club, we caught up with the man himself to chat about his incredible year. Here’s what he had to say….

First of all congratulations on selling out your first Glasgow headline show. How do you feel?

Thank you so much, yeah buzzing to sell out my first ever Glasgow show, it is going to be a great night & can’t wait to put on a show and hear everyone sing my songs.

A sell out show is not the only exciting thing to happen this week though. Can you tell those who don’t know what happened last Friday night?

Yeah haha, I bumped into Kyle (Falconer from The View) at his show at PJ Molloys and he got me up on stage to sing the iconic hit ‘Face for the Radio’.

How did it feel to be up on stage performing with a national treasure like Kyle Falconer?

It was amazing, Kyle was someone I looked up to growing up and still do. Some of my earliest memories of getting into music was influenced by The View and himself so was really a class moment to be up there singing one of the songs of my childhood. So big thanks to Kyle for that.

Face For The Radio 🎶

I understand you were one of a select few upcoming talents who joined Kyle (Falconer) at La Sierra Casa earlier this year. How did that come about and what did you take away from the experience?

For me as a songwriter, I always look for ways to get better and improve. One method of doing that is to go and work and learn from other people. So I was looking for co-writing opportunities and when the La Sierra Casa song writing camp opportunity popped up, it was a no brainier to put my name in the hat. Fortunately I got a place and learned loads from the experience, from Kyle himself and the other talented songwriters and musicians who were at the camp. I left a better a writer and with loads of ideas for going into next year. So I would recommend for others to get involved to.

What’s your own writing process like? Do you find it difficult to find inspiration?

So I am a big of a music geek haha. I usually look back at history and my influences from the hits of the past. I posted a tweet about “what is the best Scottish song of all time” which got loads of replies, so been on a listening mission there. Then I look back into my life or people I know experiences, big society issues and trends. I tend try to merge this with the style of song and sound I want to create, then pick up the guitar and then try a merge some melodies and lyrics together. For me songwriting can take a period of time, music projects are a work in progress and you really want to maximise the potential from them.

What advice would you pass on to anybody aspiring to to pick up a guitar and start songwriting?

Thank you so much PG for taking the time to chat to me at Discovery Music. We really look forward to following you over the next year. Last few quick fire questions….

Highlight of the year? Playing on the roof of Murrayfield stadium.

You can catch PG Ciarletta at Broadcast (Glasgow) on January 27th as part of ‘This Feeling Big in 2023’ with Dictator, Usual Affairs, The Wits and Fright Years. Then again on January 28th supporting Mark Sharp and The Bicycle Thieves at the infamous Glasgow King Tuts. 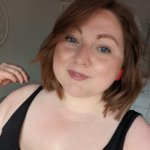