Shortly after Ivynites’ inception, it was announced that increasingly popular Merchant City venue The Dam would play host to its launch party. Lo Rays and The Stoned Immaculate were first to be announced, with the tease of a secret headliner building anticipation. On Valentine’s Day, it was revealed that Glasgow punk favourites Snash would take the headlining slot.

Despite the bleak February weather, the Dam basement filled up quickly, and there was already a sizable crowd before openers Lo Rays took to the stage. Intense and grungy in places, the Glasgow-based five-piece brought their unique blend of genres to delight crowds in the bustling basement bar. Their sharp beats, pulsing bass lines and powerful vocals ensure they stand out as one of the Glasgow scene’s more diverse bands.

Next up were Stoned Immaculate, a popular young Glasgow four-piece who are very quickly gaining a following locally. Spurred on by their large audience, the power and stage presence were evident from the band the moment they stepped up. Playing us through songs such as Hawaii and the energetic Charlie Brown, the consistent cheers from the crowd indicated they wanted more. The band also gave a shoutout to Gigsafe, an organisation recently set up by Glasgow students to combat sexual harassment at gigs.

The enthusiasm and energy from both support bands nicely set the scene for headliners Snash to take their place onstage – and they didn’t hold back. From opener Welcome To Hell, frontman Connan Fullerton was in the crowd, singing in the faces of (sometimes unsuspecting) audience members. This song, in my opinion, embodies what Snash are – loud, boisterous, confident, in your face. They want to be heard, and they know how to achieve that. Highlights included Drag You Down and the frantic cries of single Warning. A personal highlight for me was War of the Classes, a song I always have stuck in my head after seeing Snash, and one I would love to see released as a single. The four-piece ended on a high with fan favourite White Out, bringing the Ivynites launch party to a fitting close and leaving us excited for whatever surprises the new promoter on the block has up their sleeve next.

Follow Ivynites on social media at the following links:

All photo credit to Sinead Ferguson. 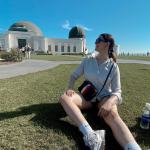