King Tut’s annual New Year Revolution is a staple in any avid gig-goer and new music enthusiast’s calendar, and with a massive platform showcasing Scotland’s newest up and coming talent, these are shows not to be missed. Especially when they sell out.

Tonight, Glasgow’s most notable venue King Tut’s Wah Wah Hut is the temporary home of Inverclyde’s indie-punks Slix, bringing with them the talents of local newcomers Cherry, Scunnurt, and She. Glasgow local Cherry takes to the stage first, picking up her guitar and belting out a massive soulful voice, taking everyone who got down early enough to catch her set by storm. Even with a relatively short set, everything about it was enthralling, almost a tease, leaving everyone in the room with the sweet taste but evidently craving more.

Paisley’s favourite post-punk outfit Scunnurt take the middle support slot, and pull an incredible crowd onto the barrier. Playing fan-favourite ‘White Canvas Blazer’ introduces the first signs of crowd rowdiness of the night. Dropping their cover of Radiohead’s ‘Bodysnatchers’ perfectly leads into the last half of their set as the room started to swell in size, with the intrigued ears of people at the bar coming to see what the fuss is all about, and quite rightly so.

For the final support slot of the evening, Glasgow based all-girl powerhouse She bounce onto stage, accompanied by deafening screams from the front rows of the barrier, all the way to the sound desk. Jumping head first into their set full of fuzzy indie songs that could become the soundtrack to coming-of-age films for the next generation.

Finally taking to the stage, as the crowd becomes impossible to move through, and as drinks are thrown freely across heads, as well as inflatable beach themed items, the atmosphere in King Tut’s is astounding. Even after dropping their highly anticipated debut EP ‘Jingle Jangle’ only the day before, the crowd were still singing every word of new songs such as ‘Maga’ and ‘Harvey’s Song’.

Going from playing the iconic venue for the first time as support for The Roly Mo during 2021’s Summer Nights, only six months prior to this prodigious sold out, the growth in Slix’s career is evident in their confident stage presence. The crowd feasted on the band’s energy, with small mosh pits opening front and centre. Creating the perfect recipe for the return of live music in 2022.

If you ever needed more proof that Glasgow (and the west of Scotland) is the new home of live music in the UK, look no further than these four incredible artists and the renowned 272A St Vincent Street. 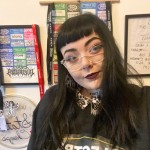